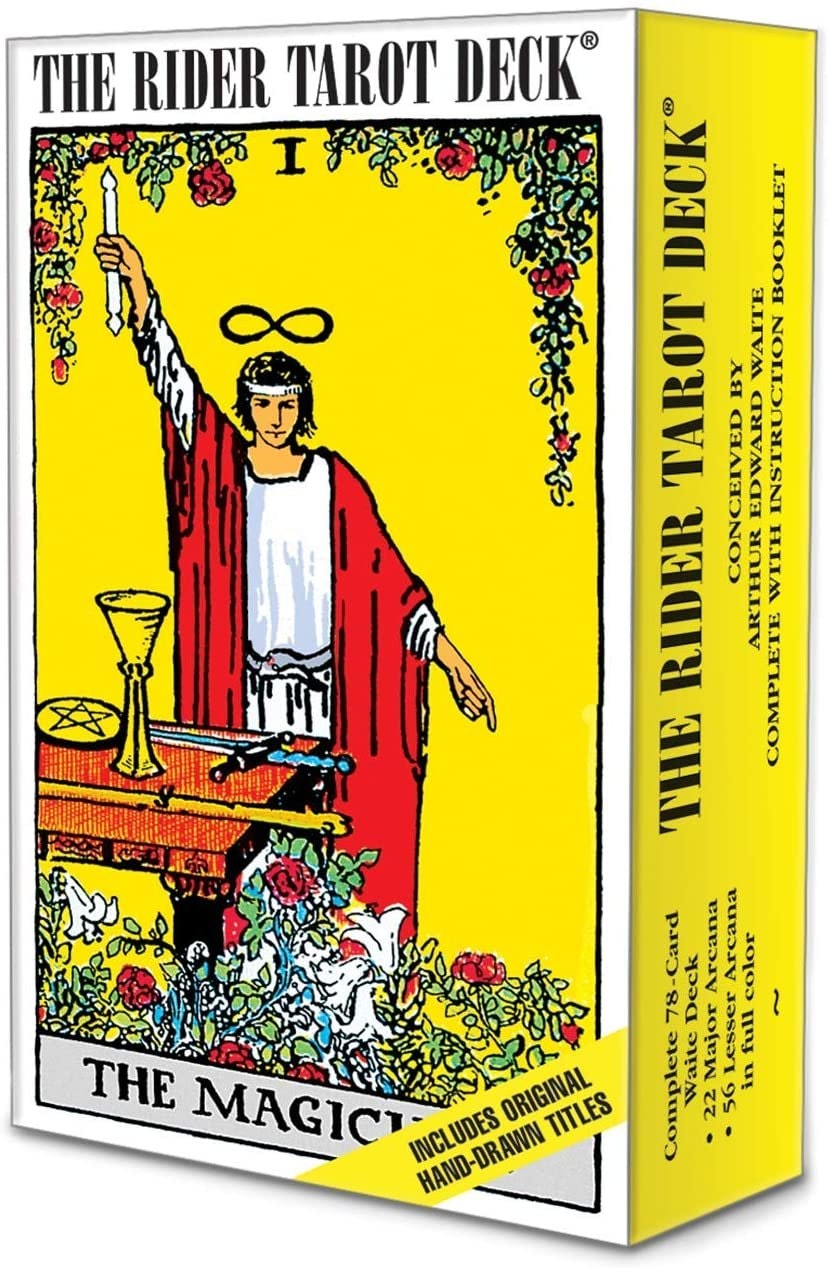 Amazon(90 reviews)
playingcarddecks.com
tarotmerchant.com
Fresh Chalk
– 91% like it
(12 votes)
Ready to add your vote?
I like it I don't

Have you used this product?

Anja Castillo
10 months ago
TL;DR: Basically, these are the only cards I read with.

Unlike many (or even most) tarot decks, the imagery in this one was carefully, and meticulously commissioned by a man well-versed in numerology, astrology, major world religions, science, occult, and other things metaphysical.

Having now painted about 12 of the 78 cards in this deck, I can say that there is a depth and fullness to this tarot deck that is rarely found in other cards. Not to be mistaken with the "Radiant" Rider-Waite deck (which I personally hate, because it obscures some of the less overt imagery in the cards), this deck seems to have an accuracy in readings for others that I'm hard-pressed to replicate with other ones.

The color-block style used to create the artwork of these cards is really wonderful, as well as the artist's awareness of space within the canvas. Various manufacturers of this deck style and with many different cardback styles, so don't settle on the first one you find if it doesn't call to you.

Also! These should NOT be playing card size, but actually slightly wider and longer. I usually anoint a new deck with an essential oil that I have familiar and positive associations with, such as lavender or rose. It is important to clear your deck between readings, also (can tap 3 times on a, usually, wooden surface).

Get in on the action

Create an account to find more great products from your friends!

Have you used this product?