Join Now
HomeBlogDetlef Schrempf Wants You To Erase The Hate

Detlef Schrempf Wants You To Erase The Hate 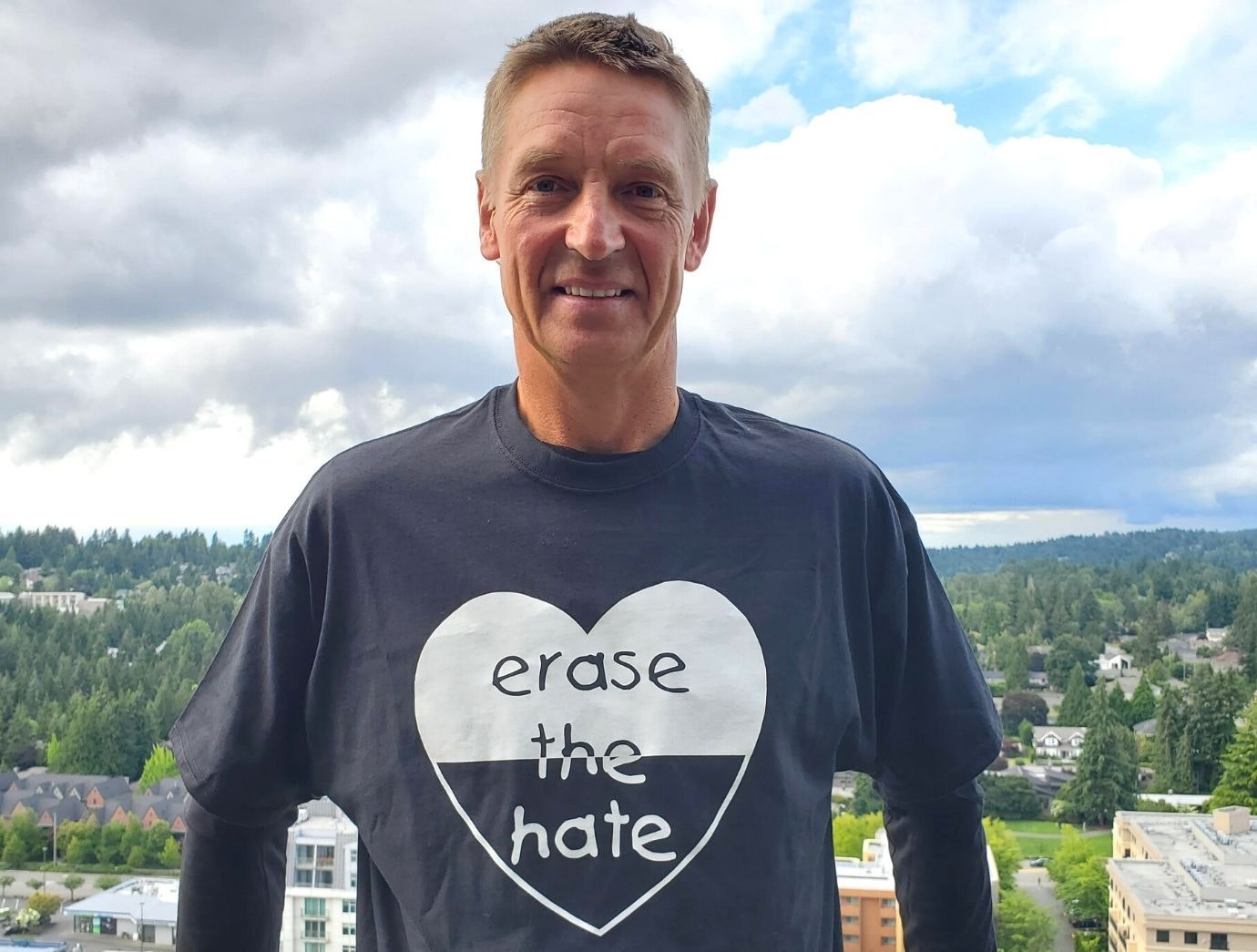 This May, our nation was rocked by the death of George Floyd, at the hands of a Minneapolis police officer who knelt on his neck for an inhumane 8 minutes and 46 seconds. As protests erupted across the country, many were left with an overwhelming urge to take action. Taking to the streets to demand justice with the battle cry of “Black Lives Matter” was the path forward for some, but many were stirred to act in other ways.

One of these people was former Seattle Supersonics player and Fresh Chalk member, Detlef Schrempf, who has taken this moment to use his platform for good. “This is not a time to be quiet,” Detlef said. “If you don't like what you see and what's going on, then you have to try to change it.”

“It's kind of sad,” said Detlef. “The Erase The Hate logo was created by two babysitters in the early '90s, after the LA riots. And here we are, 25-plus years later, and we're still dealing with the same thing.” Detlef has reinvigorated the Erase the Hate campaign, calling upon people nationwide to vote, donate, and volunteer for worthy causes to make change.

Detlef has witnessed the persistence of racism in the US in both his personal and professional lives. At home, as the father of two biracial sons, Detlef has had to have difficult conversations about how to safely interact with the police with his children. As a professional basketball player, he’s seen prejudice hurled at some of his closest friends.

For Detlef, education is the key to unlocking empathy. “Educate yourself, read some data on it, read some books, really learn the history. Black people have been systemically oppressed for so long that it's really hard for most of them to live the kind of life that white people take for granted.”

Using the Cauze app—a social giving platform where you can quickly create your own personal foundation—Detlef has partnered with power players from his network on a donation matching campaign that’s raised over $34,000 to date.

Detlef and his friends (Jamal Crawford, Wyking Garrett, Bill Russell, Jimmy Lake, Macklemore, Pat Monahan, Isaiah Thomas and Alysha Clark) will match donations up to $500 to Erase the Hate’s selected roster of charities: Africatown Community Land Trust, More Than A Vote, When We All Vote, NAACP, Equal Justice Initiative, Color of Change, and Black Lives Matter. Additionally, all proceeds from Erase the Hate merch (t-shirts and masks) are distributed to these charities.

Many of the beneficiaries supported by Erase the Hate were selected because of their dedication to getting out the vote and fighting voter suppression. “If you don't vote, you can't complain.” Detlef said. “If you go out there and make a decision who you want to vote for and push for that, if that person doesn't win, at least you did your job in trying to change the system.”

Detlef recognizes that activism can come in many forms, and uses this campaign to encourage the younger generation to leverage what resources they have available to them to make an impact. “If you donate a couple dollars here and there, you're part of the movement,” he says.  “You can be an activist. You can definitely vote. And you can definitely find some time to volunteer. And that's the message—get involved in the community that you care about.”

Follow Detlef Schrempf on Fresh Chalk to stay up to date on all of his recommendations. Add your own recommendations to earn good karma and promote your favorite businesses and community super-heroes.

In our Real-Life Superheroes series, we interview Fresh Chalk members to learn how they've leveraged the skills of a team of pros to accomplish a goal or dream.
Check out some of the most popular series on the Fresh Chalk Blog.
At Fresh Chalk, we believe the best recommendations come from friends. Our mission is to help you find the best products and professionals for home, health, beauty, and more — through your personal network — as quickly as possible. Learn More
Join Fresh Chalk About Us
Share Article