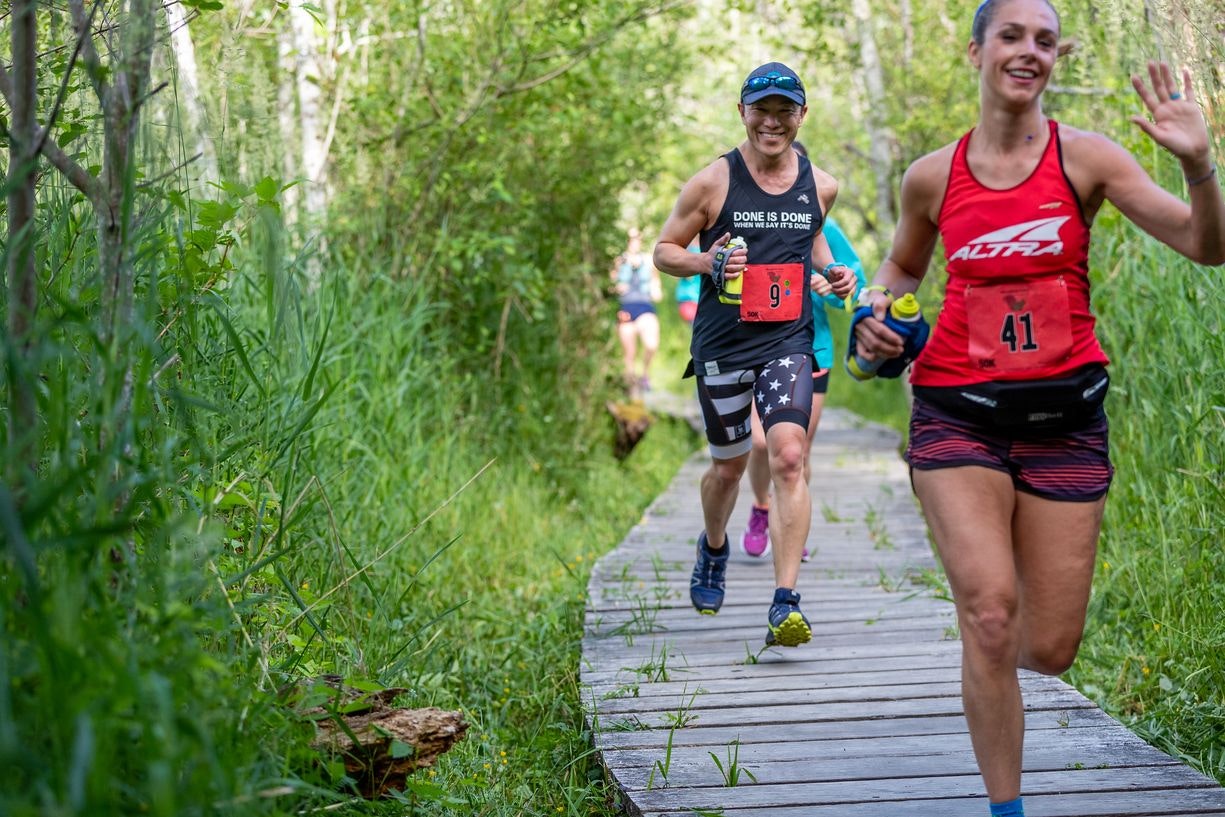 If you encounter Peter Chee in one of his offices, at an event, or on a running trail, you’ll immediately notice his infectious smile and bright demeanor. The positive impact he makes on those around him seems effortless. But dig a little deeper and you’ll learn that the person Peter is today is the result of tremendous work on his mental and physical health and the support of a team of coaches and peers over many years.

Peter is the founder and CEO of Thinkspace, one of the first co-working spaces to come on the scene in Seattle starting in 2008. The idea was ahead of its time, but Peter’s determination propelled the business forward. In the first 5 years of the business, he expanded it to 2 locations in the Seattle area and grew his team to 10 people. But the toll of being a solo founder, father, and son to aging parents began to have a big impact on his mental health.

The first time Peter Chee talked publicly about the dark side of entrepreneurship was at a Seattle Startup Weekend event in 2016. He opened up to a crowd of Seattleites about how difficult it is to start and run a business, “I would go to a very dark place emotionally, and I didn’t have the tools to cope with it. I felt like I was standing on the edge of a cliff.”

He recalled his decision to begin running marathons in 2014 as a way to “push my personal boundaries,” to create a larger comfort zone, and to rid himself of the feeling of “always being on the edge.”  He also knew that he couldn’t brute-force that kind of race: he would have to train. And through that training, he would inevitably learn a lot about himself.

Running became one of the tools that Peter used to confront the dark places that he carefully avoided during the work day. “I push myself on the athletic side to see what’s going on in my head. I get raw when I push myself to exercising extremes. There’s nothing there to hold me back when my physical defenses are low.”

In the years that followed, Peter pushed himself to run further, faster, to take up new sports like swimming and biking in pursuit of triathlons, and to strive for self-discovery and improvement.

Today, Peter has achieved more athletically over seven years than most of us will in a lifetime: 9 marathons, 12 half marathons, 1 Ironman and 1 ultramarathon. But the real achievements are the mental battles he’s won, which include finding new ways to deal with conflicts, life transitions, and avoidance of painful or difficult tasks.

Today, Peter has no fewer than five coaches on his dream team, not to mention the support of many friends and fellow athletes. We talked to Peter about how each coach contributes to his success in their own individual ways:

Transition Coach: Sanni McCandless works with Peter on a weekly basis to help him go from where he is today to where he wants to be. She helps him understand which activities lead to positive/high energy periods and which become drags on his energy. Peter applies these insights both in his training and in his work. This coaching has helped him dramatically improved his relationships,  too. The result? “Everything feels lighter.”

Triathlon Coach: Lance Carter has worked with Peter for two years on preparation for his first Ironman and many marathons including a Boston Marathon qualifying time. For each one, Lance comes up with a detailed training plan for Peter, taking into account the distance, training time available, and Peter’s schedule to make the optimal schedule. He helps Peter analyze his training performance, offering tips and suggestions along the way. “Working with a coach like Lance who can give you ongoing feedback and support just makes the process so much more fun.”

Race Coach: When it comes to detailed race planning, Peter’s race coach Stephanie Slaton helps him find the optimal speed for each mile of a race, based on the altitude, terrain, and distance of the course. “This type of coaching helps me continuously improve my personal best times.”

Biking Coach: Peter’s biking coach, Paul Raknes, is not a formal coach, but he plays that role as the owner of Build Performance Gym. Not one to sit behind the front desk, Paul works side by side with Peter to give tips and advice on how to improve his bicycling performance. Paul helped Peter overcome the setback of a terrifying bike injury, and bounce back quickly to go on to complete another race. “Paul has helped me become so much faster.”

Conflict Coach: Peter has worked with Samantha Denning, a certified conflict coach for nearly three years. Not only does this type of coaching help him resolve issues at work, it also helps him on the field. When things become painful or difficult in a race, tools learned through conflict coaching help Peter put mind over matter and persevere through the challenges. The secret? “Be more curious than reactive. Take time to understand what’s underneath your first response to a situation.”

In addition to these coaches, Peter relies on running buddies and the Seattle Green Lake Running Club to make training more fun and rewarding. He’s currently getting ready for his last monster event: the Ironman Canada race in 2020, what he jokingly refers to as his “farewell tour.” Beyond the thrill of the race, Peter loves running for running’s sake. He aspires to run the Grand Canyon, rim to rim, to experience the majesty of the landscape and the challenge of the ascents and descents.

One challenge that he has no plans to step away from? The continual process of learning and self-improvement. For that, we give him major props.

Most of us rely on professionals to help us take care of the important things in our lives, including our health, our families, our homes, and even our appearance. But for people that set out to achieve a big dream or to overcome a big obstacle, the right team of pros is often an essential part of the journey. Fresh Chalk’s Dream Team series tells the stories of the teams of professionals that help people to make their dreams come true.

Have your own Dream Team? We’d love to tell their story on the Fresh Chalk blog. Email us at hello@freshchalk.com.

In our Dream Teams series, we explore how different professionals come together to support community members with their needs.

Get notified when we publish new posts about Dream Teams.
Thanks! We'll let you know when the next post is out. 🚀